A reimagined plan has surfaced for a stalled mixed-use development at Keele and St Clair in Toronto’s Stockyards area. The previous plan designed by McCallum Sather Architects for Stanton Renaissance came to an end with Stanton’s bankruptcy. It called for three 14-storey buildings and one 8-storey building on the 2.66-acre site on Lloyd Avenue next to where the GO Kitchener line crosses St Clair Avenue West. A new GO/SmartTrack station is planned within a short walk of the site. St Clair streetcars and Keele and Weston Road buses are also a short walk away. 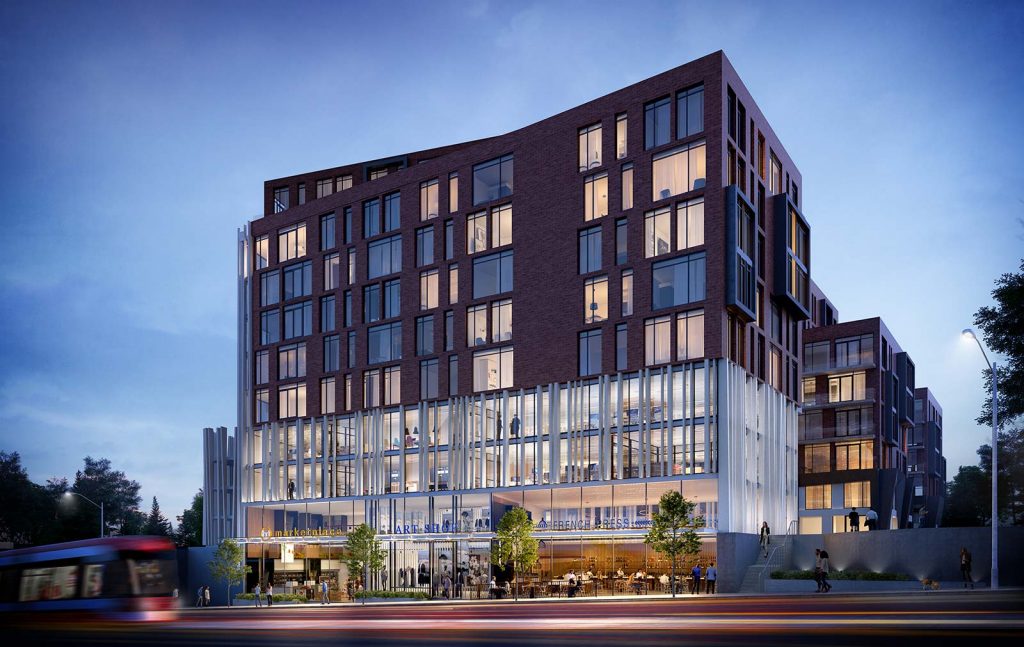 The site was sold to Carlyle in November 2017, and their plan’s architecture comes from RAW Design, calling for residential and commercial components with contrasting massing and materials. Multiple residential condominium buildings are proposed, to contain a combined 550 units. The buildings would rise to heights between 8 and 16 storeys, with brick framing windows on residential floors, and projecting metal fins acting as brise soleils on lower office floors. 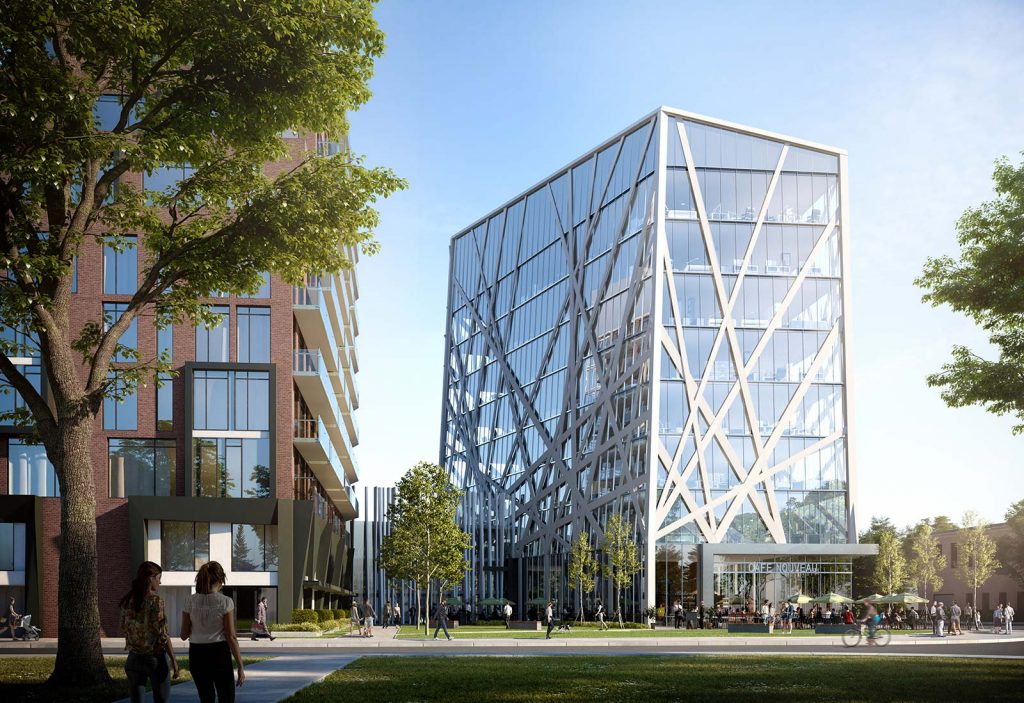 An eight-storey single-use office building wth a glass facade features a faceted massing and a network of crisscrossing metal bands, somewhat reminiscent of the effect on the east and west facades of the Theatre Park condo tower in the Entertainment District.

Carlyle’s website states that a development application has been submitted to rezone the property, though no updated documents are currently available on the City’s website. Meanwhile, a case file for the project remains listed as open at the Local Planning Appeal Tribunal (LPAT), with no upcoming hearings or meetings listed. A website for the project hints at an upcoming resolution, with a build-out date for the project targeting Summer 2023.