Carlyle Communities have proposed a mixed-use office, retail, and residential project at 6 Lloyd Avenue, to the southeast of the intersection of St Clair and Keele in Toronto’s Stockyards neighbourhood. Abutting the rail corridor, the project is the third such proposal on the site in recent years, with the previous version by Stanton Renaissance preceding the firm’s eventual bankruptcy. The site comes with the particular challenge due to its proximity to an adjacent rubber factory, whose emissions restricts the height at which a building can rise on this site’s southern end. The recent submission takes this consideration into account, differing from the renderings that surfaced early last year. 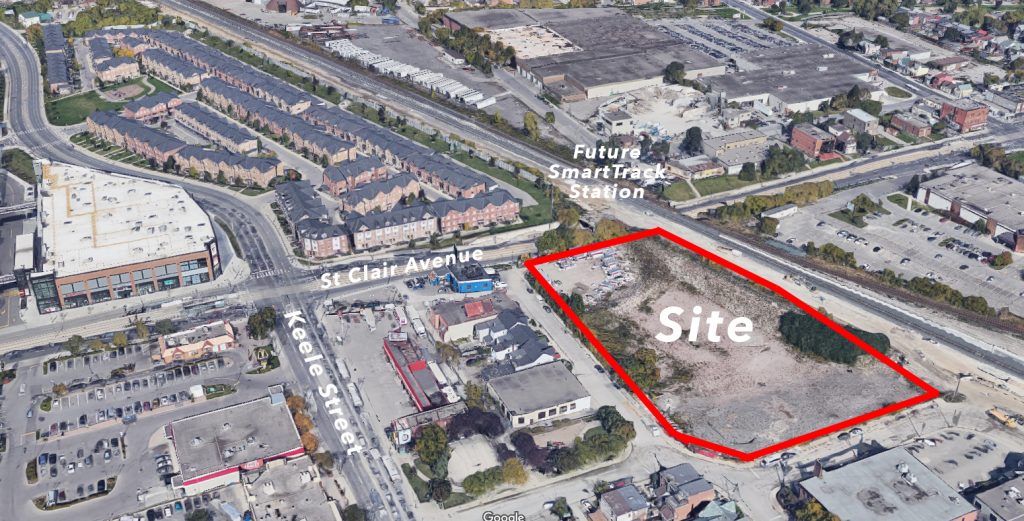 Aerial overview of the site, image via Google Maps

The project consists of a two-volume mid-rise building on the north end of the site rising 16 and 17 storeys, and a four-storey office component on the southern end. The 529 units and 32,000 ft² of office will be poised to take advantage of the upcoming St Clair-Old Weston SmartTrack station envisioned for where the rail corridor crosses St Clair adjacent to the northeast corner of the site.

Eastern Elevation of Carlyle Junction, image via submission to the City of Toronto

The condo units are proposed in a mix of 57 studio, 218 one-bedroom, 209 two-bedroom, and 45 three-bedroom units. A number of these units will be two-storey townhomes at ground level.

Designed by RAW, the residential buildings would feature a glass-clad lower level reaching down to the street along St. Clair near the dip in the road by the rail underpass. Stepping up to the established grade of the rail corridor, the façade treatment shifts to brick with punched windows. The building takes angled steps back as the it rises to the upper levels. 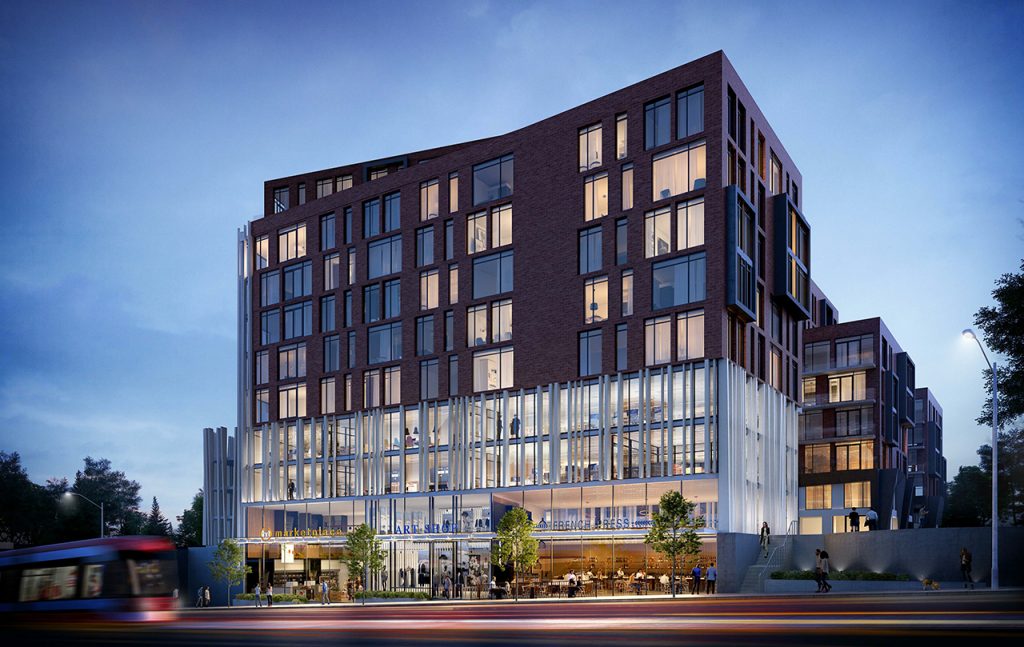 Looking across St. Clair to Carlyle Junction, image via submission to the City of Toronto

Contrasting with the red brick is the office component, utilizing a faceted glass design traversed with angled metal bands. The office was originally proposed at 8 storeys, with the recent resubmission taking into account the rubber plant emissions, reducing the height to 4 storeys. Pictured below is a rendering of the 8-storey version, the design language of which appears to be retained in the new 4-storey version. 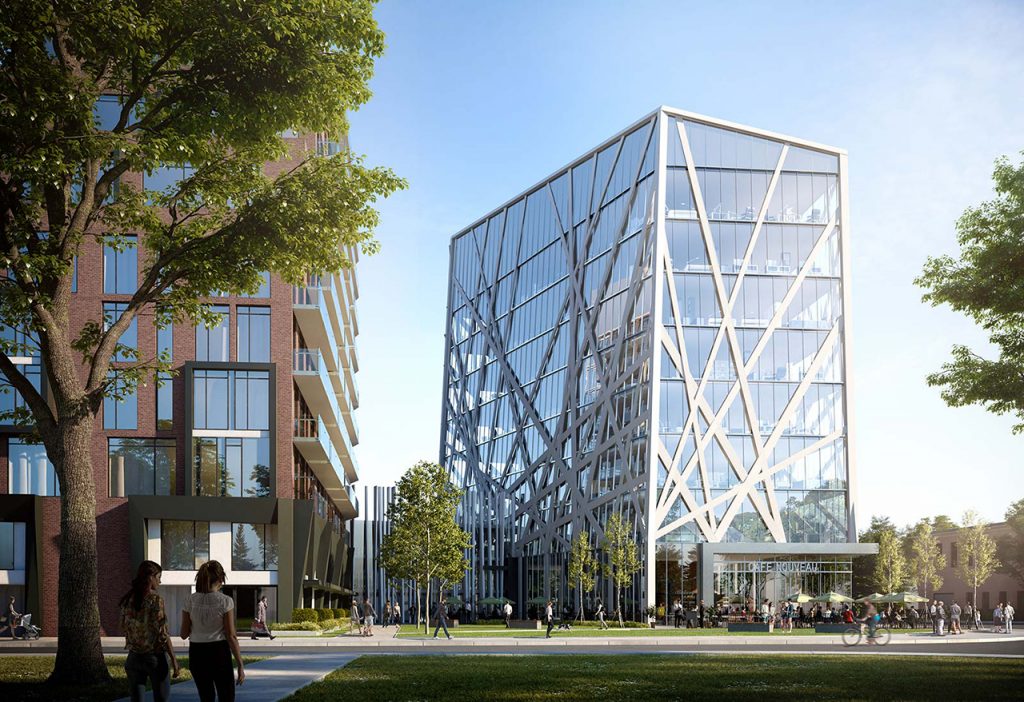 17,000 ft² of retail would be located both along St. Clair and within the base of the office building, along with childcare spaces. 316 parking spaces are proposed within an above-ground garage that sits abutting the rail corridor, acting as a crash wall and noise barrier for the grade-level townhomes.

Additional information and images can be found in our Database file for the project, linked below. Want to get involved in the discussion? Check out the associated Forum thread, or leave a comment below.