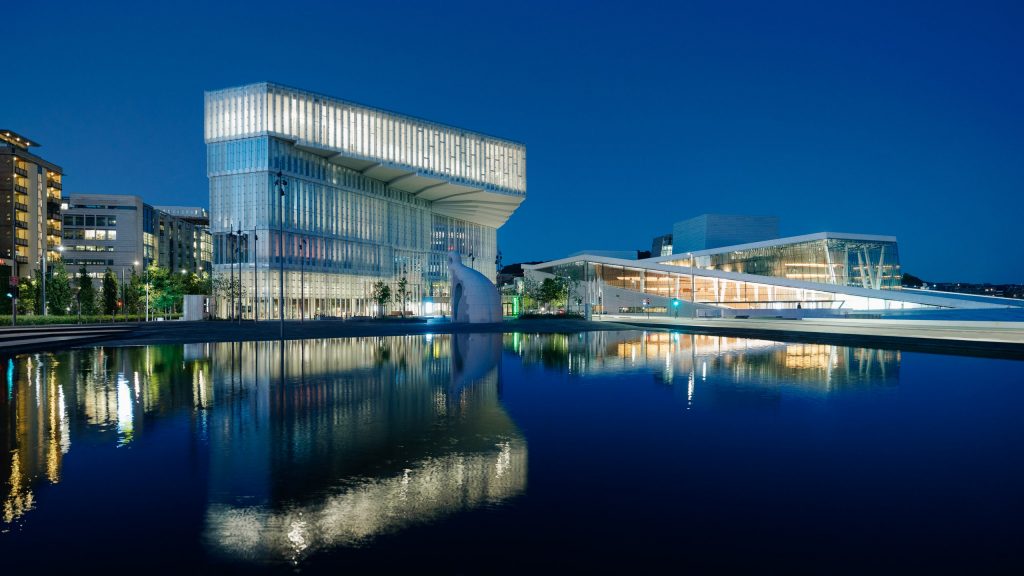 The Deichman Bjørvika features cantilevers that jut out more than 65 feet over the plaza below.All photos by Einar Aslaksen

Located across the street from Snøhetta’s iconic Oslo Opera House, Deichman Bjørvika incorporated cantilevers into the design to offer breathtaking views of the city

The Oslo waterfront has a new architectural jewel. Located across the street from Snøhetta’s Oslo Opera House is the city’s new central library, Deichman Bjørvika. The structure was designed by architecture firms Atelier Oslo and Lundhagem Architects, who won the competition to create the building in 2009.

The firms wanted to create a space that encouraged exploration and served all the needs of a modern library. The library is spread over six floors—five above ground and one below—and is home to 450,000 books, as well as a number of public resources such as a theater, a podcast studio, and instrument stations. Faced with a small site, the architects incorporated cantilevers into the design, including the first and fifth floors. The fifth floor’s cantilever is perhaps the most striking part of the façade. It juts out more than 65 feet over the plaza and has soaring views of the Opera House and the Oslo Fjord. 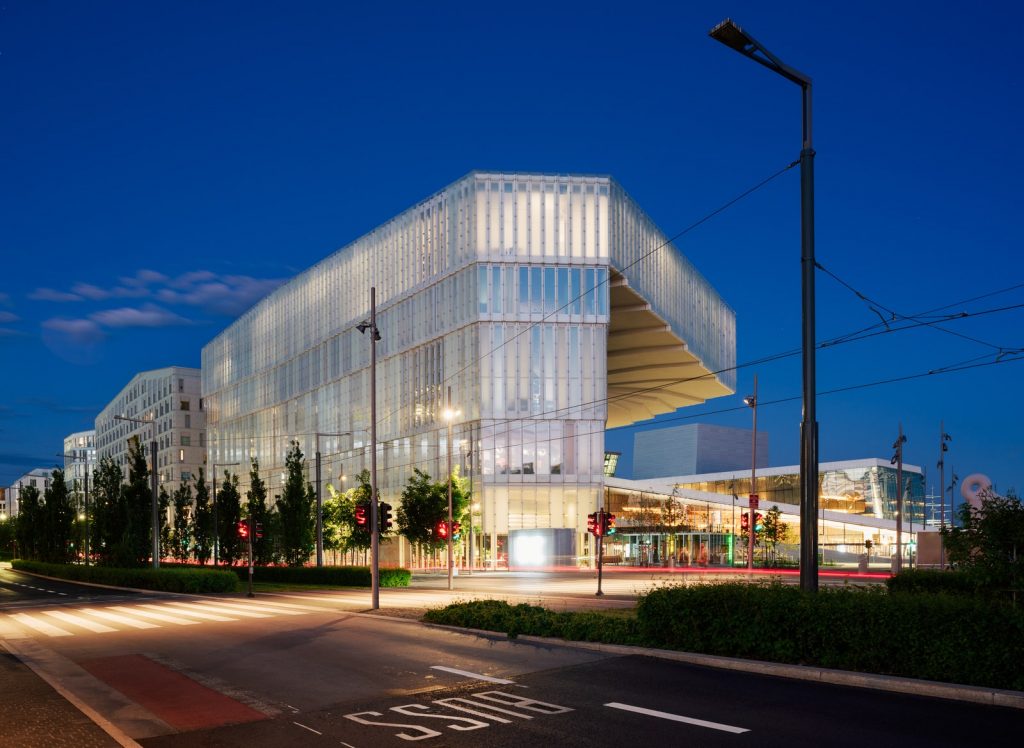 The structure was designed by architecture firms Atelier Oslo and Lundhagem Architects, after the firms won a competition to design the building 11 years ago.

The interior is filled with light thanks to “light shafts” originating at each of the entrances, cutting diagonally through the building, and ending in a skylight set within the origami-esque roof. The architects also chose to keep the façade of the first floor completely transparent for additional sunlight. The other floors are clad in alternating insulated and glass panels, for energy efficiency and evenly distributed light. Panoramic windows were installed in the corners of each floor, providing views of the city. 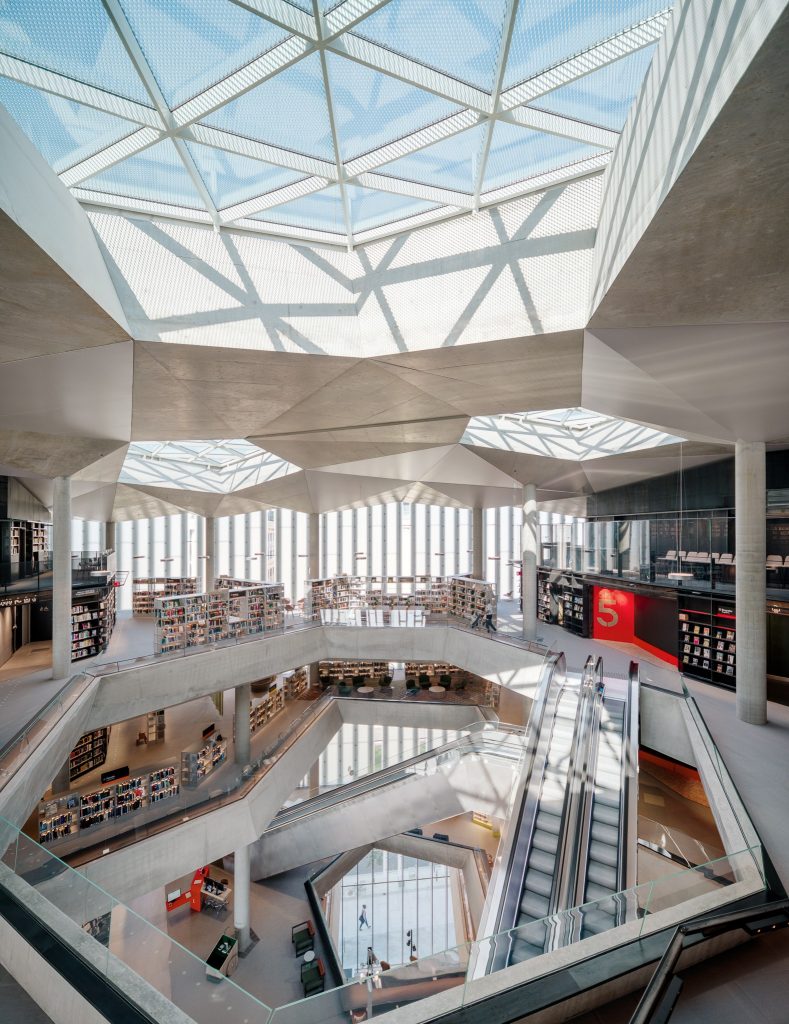 The interiors are light-filled due to the abundant windows, open spaces throughout, and a central skylight.

The library is filled with open spaces that were outfitted in calming neutral tones by interior architecture firm Scenario. Three black book towers anchor the floors and contain colorful niches that can be used for installations. Locating the books in central towers allowed the architects to keep the exterior walls open for views and light. The building also boasts a restaurant, Centropa, and a café with a terrace. 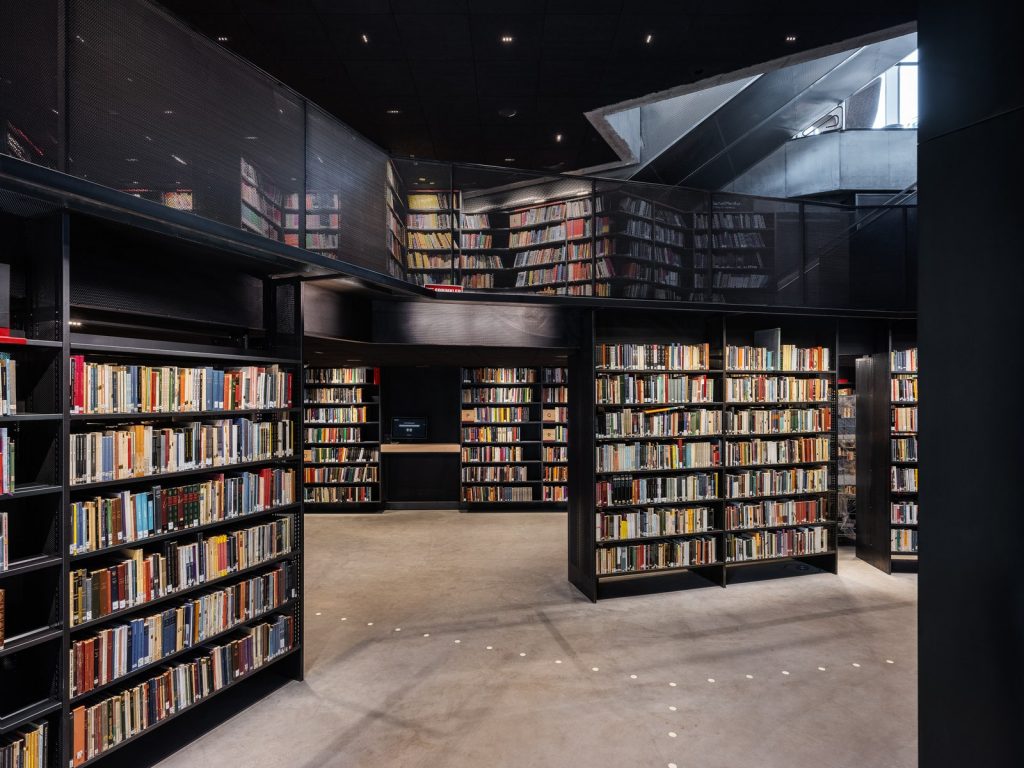 Throughout the library’s six floors, there are 450,000 books, as well as a theater and a podcast studio.

While glass and concrete abound, there’s still plenty of whimsy and color throughout the building. The second floor is home to a vibrant section for children, complete with lots of colorful spots to curl up with a book. Norwegian artist Lars Ø Ramberg’s site-specific white and yellow neon sculpture Brainstorm adds color and energy to the lobby space. A piece by American artist Martin Puryear, the nearly 23-foot-tall granite sculpture Creature From Iddefjord, was installed outside the library. Additionally, a room in the library is home to an ambitious public art project by Scottish artist Katie Paterson called Future Library. Each year for the next 100 years, a writer will contribute a work that will be published and put on display in the library in 2114. 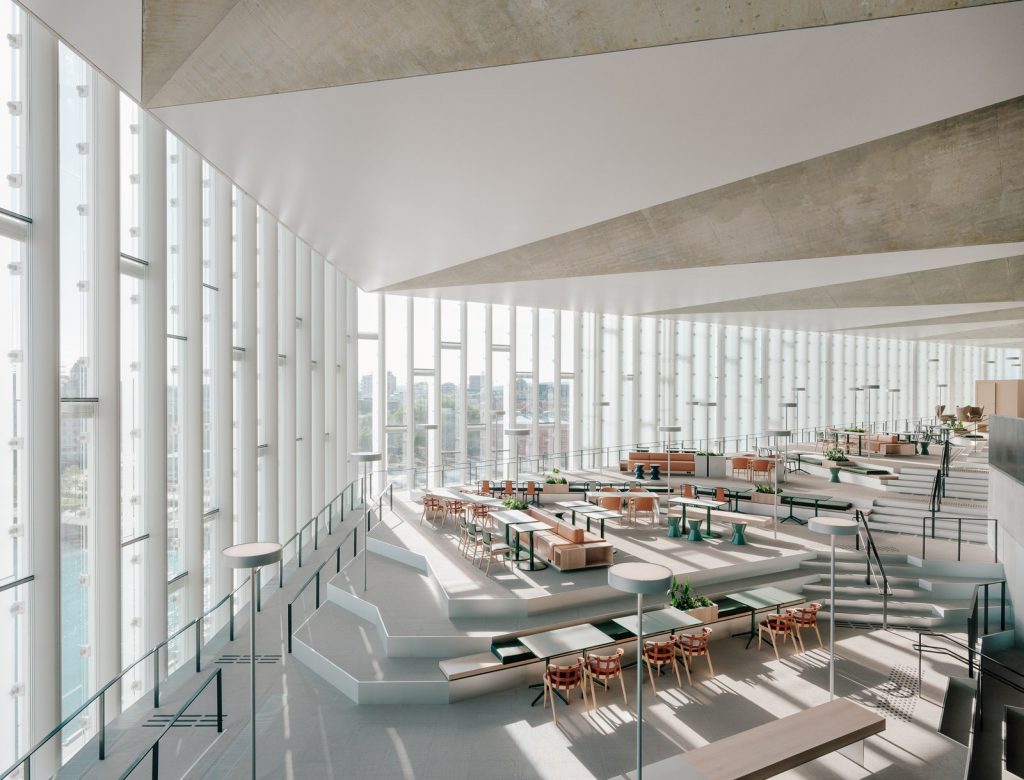 The sixth floor of the library provides dramatic views of Oslo.

Deichman Bjørvika was set to open on March 28, but was delayed due to COVID-19. The library officially opened to the public at the end of June with stringent safety guidelines, including limiting visitors to 1,000 at a time, as opposed to the normal 3,000-person capacity. Eventually the library hopes to have 2 million visitors per year.