A new book by Taschen surveys the Pritzker Prize–winning architect’s process, including her paintings and drawings—which are works of art in their own right

While many of Zaha Hadid’s buildings have become icons of contemporary architecture, there is much more to the late architect’s oeuvre than her most famous designs. Author Philip Jodidio, who is known for his monographs of Tadao Ando, Shigeru Ban, and Santiago Calatrava, explores Hadid’s groundbreaking career in Zaha Hadid. Complete Works 1979–Today (Taschen, $60). The book, which updates the monograph first published in 2009, compiles the architect and her firm’s work over the past 41 years, beginning with her unrealized design for the Irish Prime Minister’s residence in Phoenix Park, Dublin. While Hadid died in March 2016, Zaha Hadid Architects continues to realize her final designs and carry on her legacy of innovation. The architect’s works in progress, including the Mandarin Oriental in Melbourne, Australia, and Moscow’s Sberbank Technopark, are profiled as well.

The book reveals the Pritzker Prize–winning architect’s process, including the paintings and drawings—works of art in their own right—that she created to introduce and express her radical ideas. Architectural paintings show her buildings translated almost into complete abstraction. As Jodidio notes, “Sometimes related to specific projects and sometimes not, the early paintings of Zaha Hadid are more than the aesthetic musings of a talented artist; they are the blueprints for her revolutionary approach to architecture.” Also on display are the architects product designs, exhibitions, and installations.

Read on to visit some of the memorable projects featured in the book. 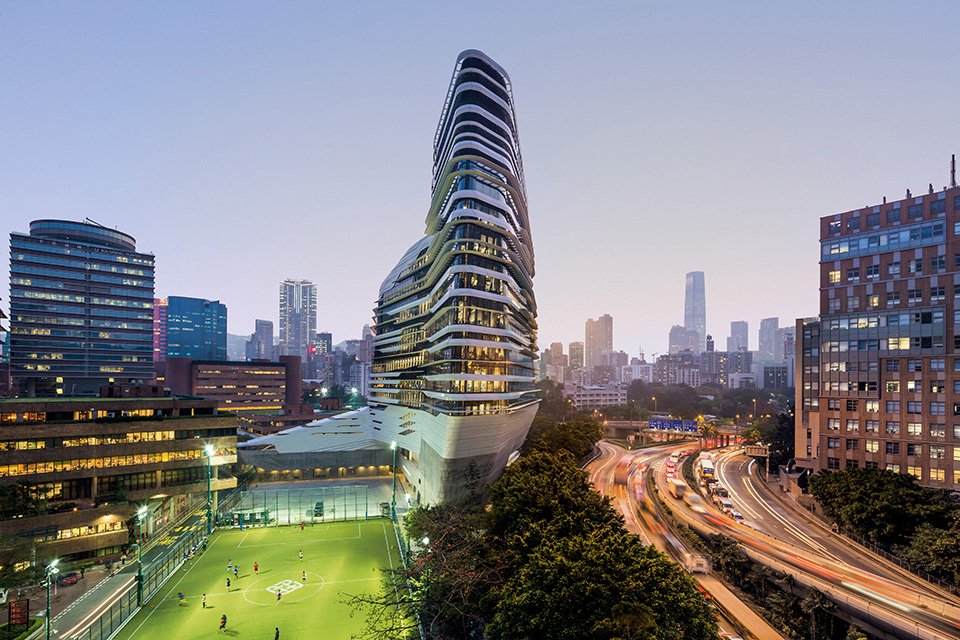 Completed in 2014, the 15-story structure was built for the School of Design of the Hong Kong Polytechnic University and the Jockey Club Design Institute for Social Innovation. The interior of the over-160,000-square-foot building was designed to encourage collaboration and exploration, from the glazed work areas to the interior and exterior courtyards. 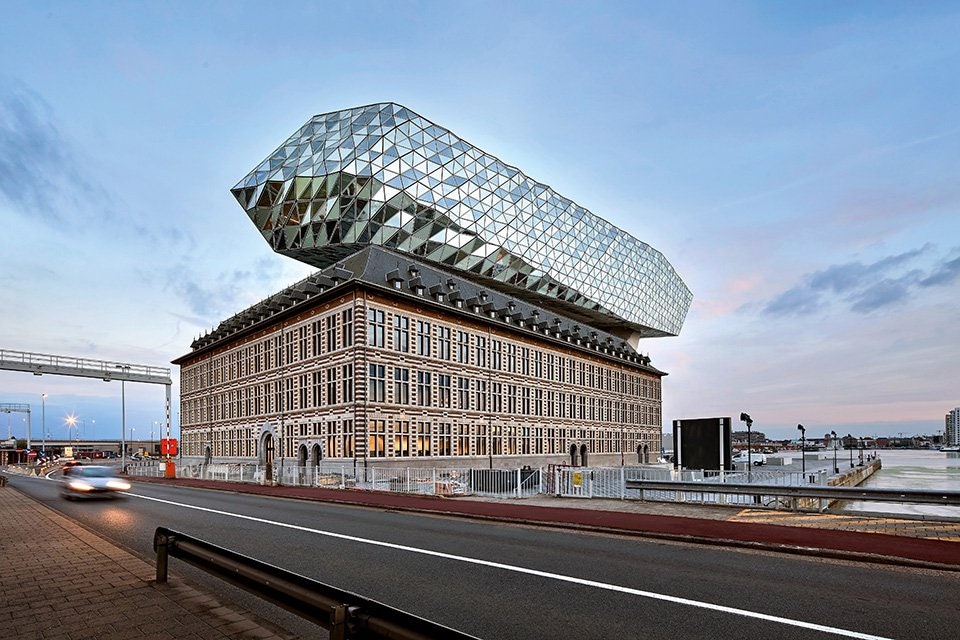 At Port House, the headquarters of the Antwerp Port Authority, a four-story cloud of glass and steel appears to float atop an old fire station. Integrating the older building on Mexico Island was a requirement for the project, and ZHA was able to preserve it completely, adding steel columns and two concrete pillars with stairs and elevators to the building’s existing central courtyard, which was then glassed in to bring more light into the space. 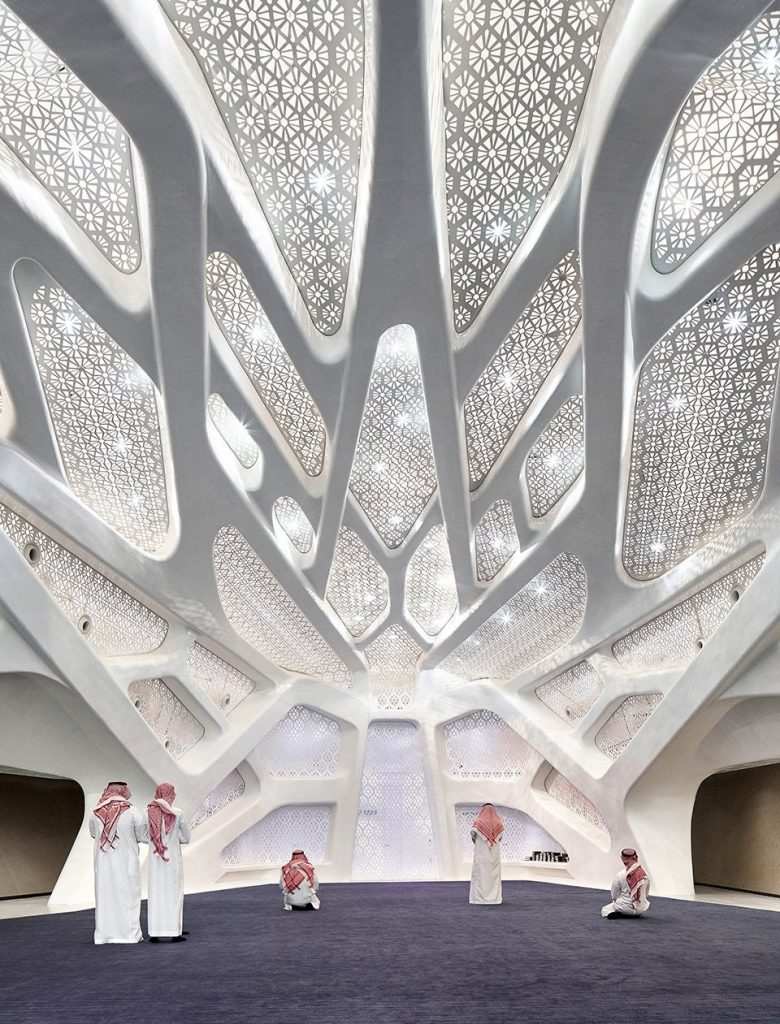 ZHA devised an organic five-building campus for KAPSARC, including an energy knowledge center, a conference center complete with a 300-seat auditorium and an exhibition hall, an energy computing center, a research library, and a musalla, a space for prayer. The complex, which was completed in 2017, was the first of the firm’s projects to be awarded LEED Platinum certification. 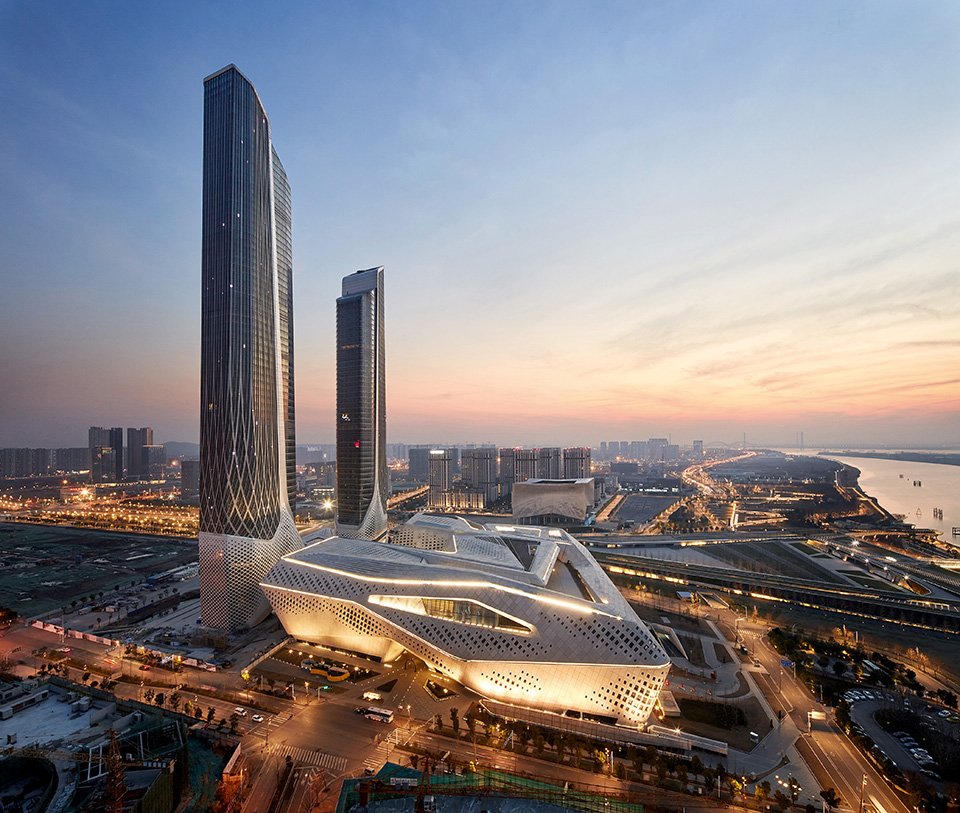 This impressive complex includes two towers set on a five-level mixed-use podium and a conference center with a 2,100-seat conference hall and a 500-seat concert hall. The Centre first opened in 2014 as the headquarters and housing for the Youth Olympic Games. The project was completed 34 months after design began thanks to the use of top-down/bottom-up construction, which reduced the time by a year. 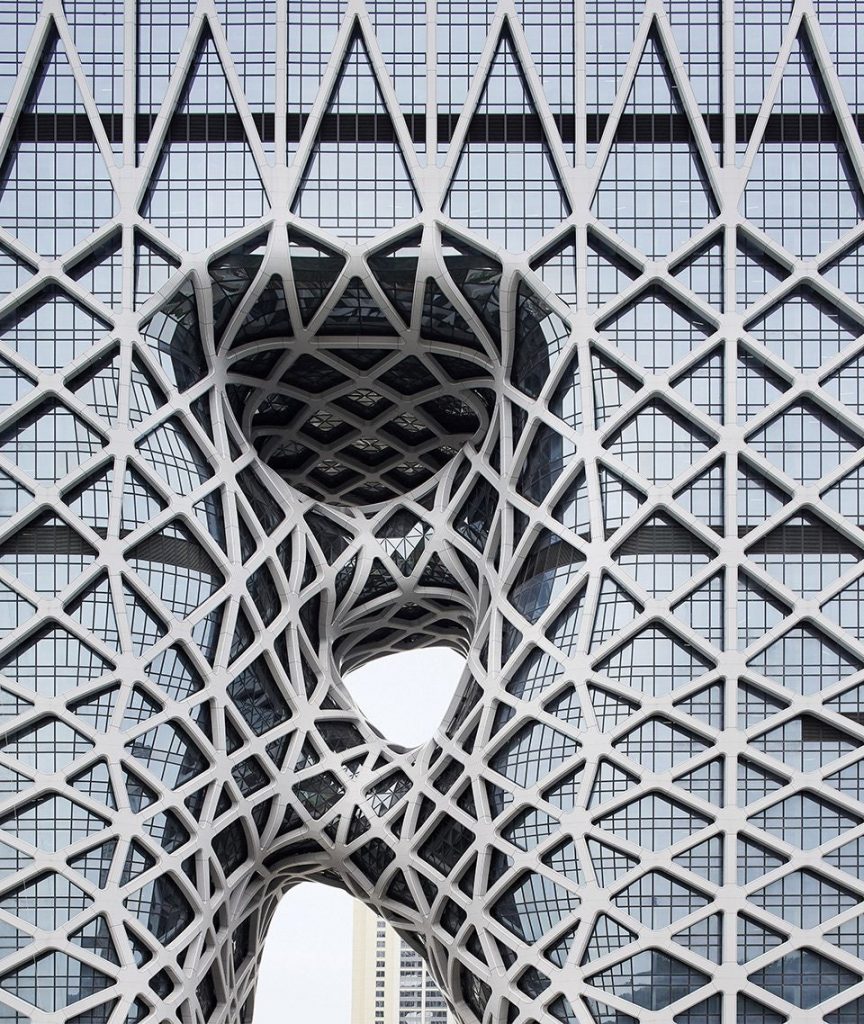 The 40-story high hotel, completed in 2018, has a distinctive free-form steel exoskeleton which encases the building. Three voids are carved into the structure, bringing in light and creating unique public spaces. A sky pool sits on the 40th floor where the two main towers within the building meet. 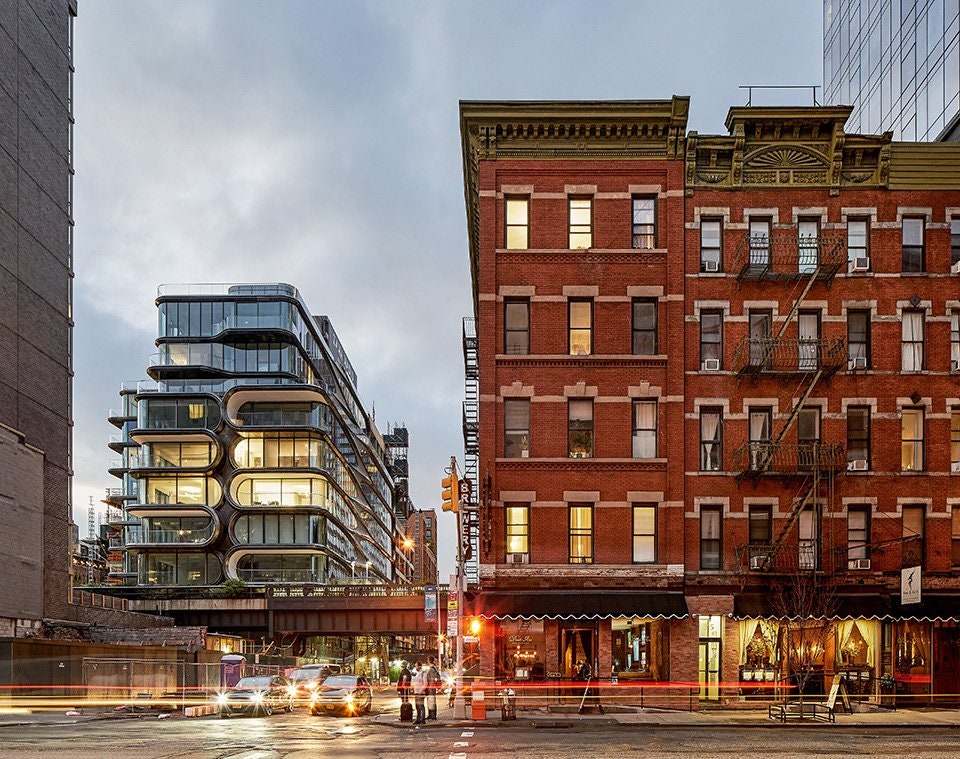 Overlooking the High Line, the 11-story building at 520 West 28th Street includes 39 condominiums. The exterior has a curving steel façade, which highlights the split-level design of the floors. The building was outfitted with a sky-lit lap pool, an IMAX theater, and a sculpture garden. 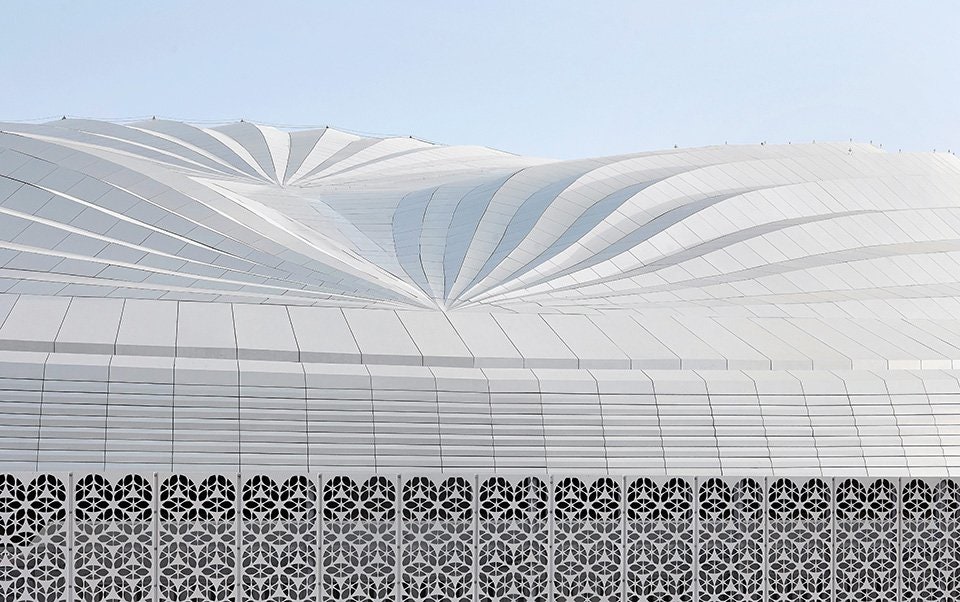 Inaugurated in 2019 and commissioned for the 2022 World Cup, the Al Janoub Stadium takes design inspiration from local boats, called dhows. One of the most impressive aspects of the stadium is the operable roof section spanning over 300 feet, designed by Schlaich Bergermann Partner, which complements the structure’s pleated roof and covers the field during the summer. 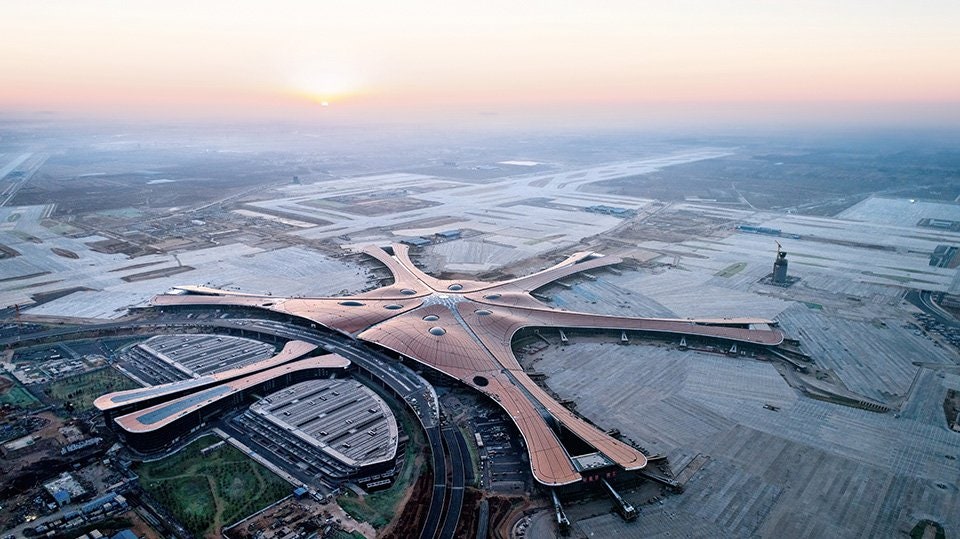 The new airport was built about 28 miles south of the city center and ZHA designed the terminal building and neighboring transportation center. The airport includes four runways and 79 gates within the six-pier design. By 2025, it will accommodate 72 million travelers per year. 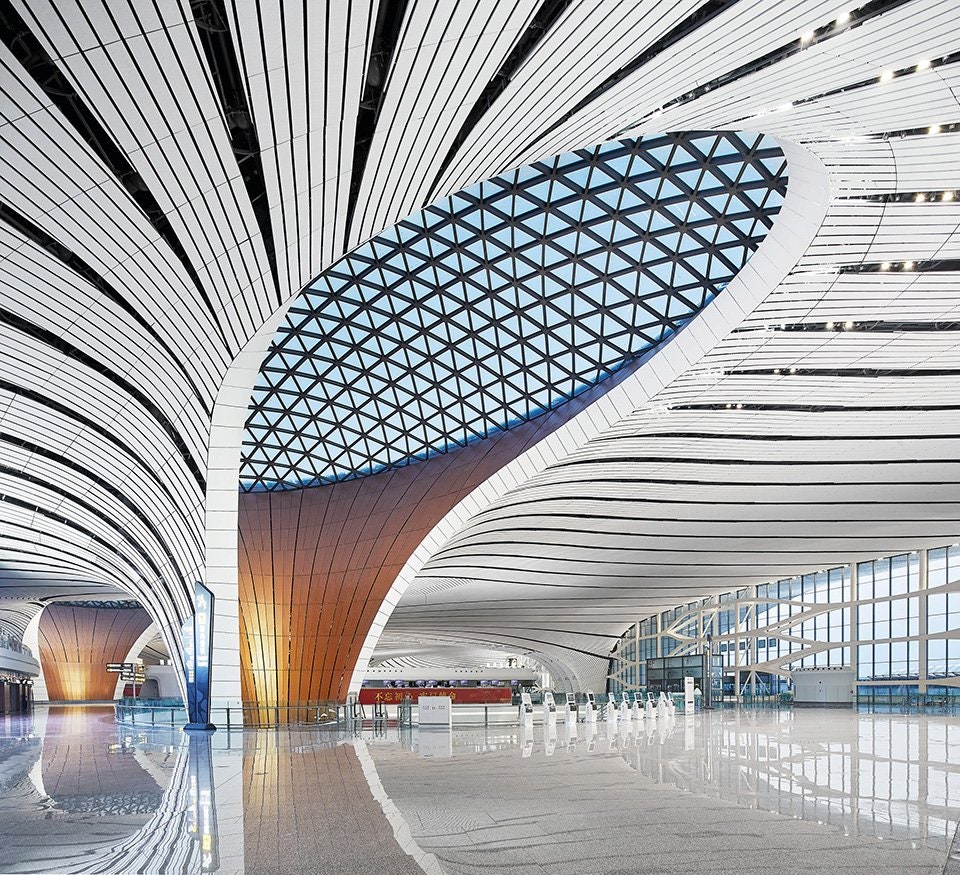 Inspired by Chinese architectural traditions, the dramatic interior spaces of the airport are arranged around a central courtyard. Skylights bring in light and help guide passengers through the terminals. 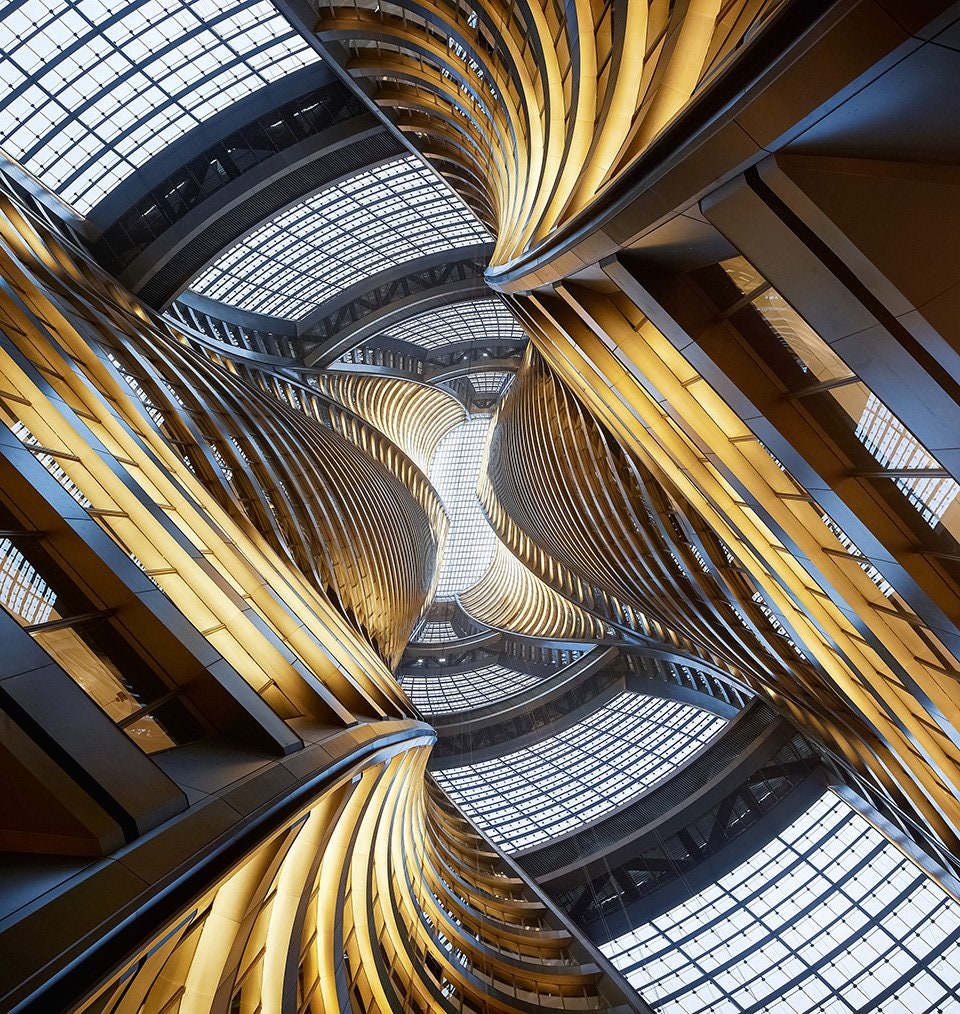 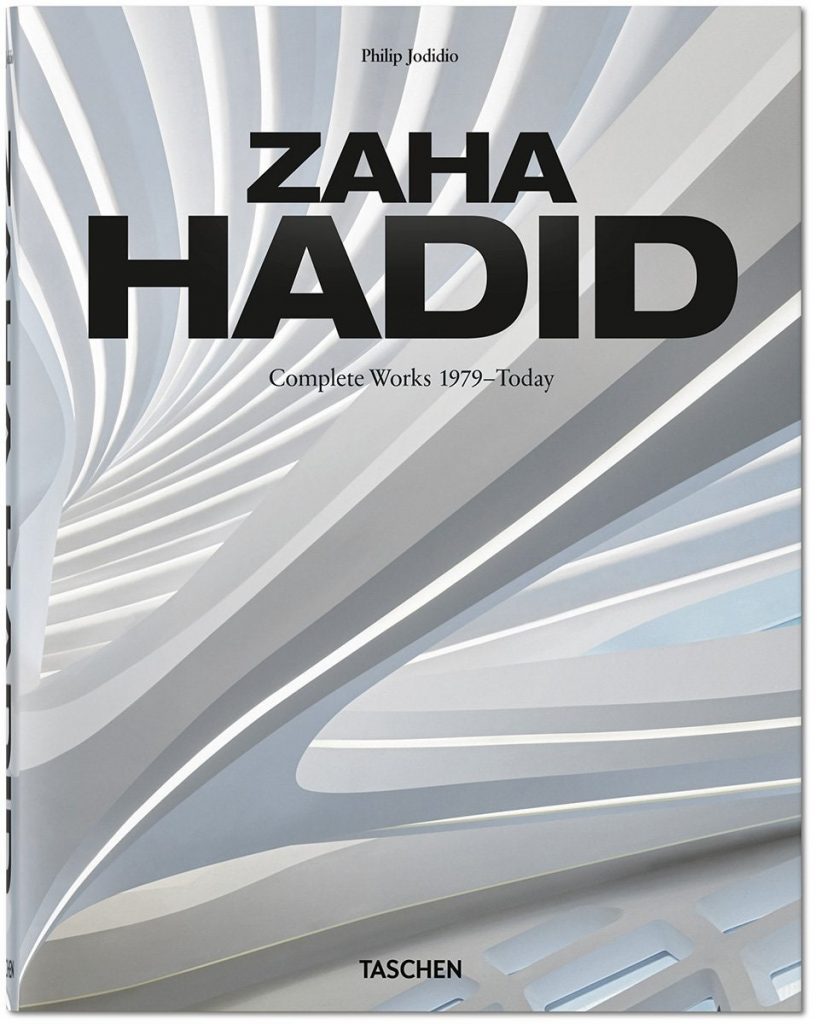