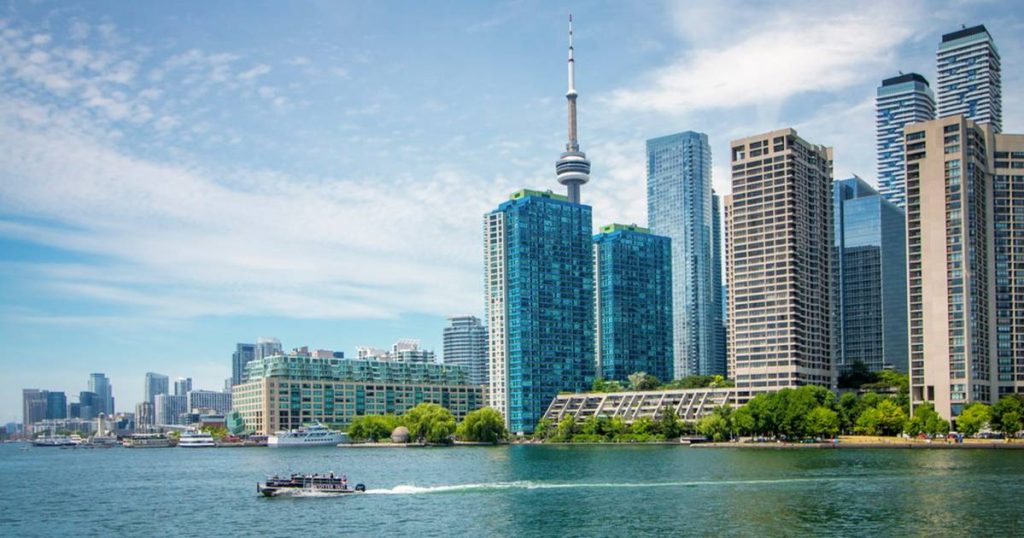 Toronto becoming even more of a tech hub as U.S. dominance wanes

Toronto’s tech scene has been consistently growing and thriving for several years now, and cofounder of TechTO Jason Goldlist says we’ve officially surpassed San Francisco and other major tech hubs in terms of the speed of said growth.

This, according to Goldlist, is the result of several factors — including the amount of talent constantly being welcomed into the scene from other industries and abroad.

“It used to be that the growth of our tech sector was fueled just by our excellent education system, which churns out smart young software developers who are available for co-ops and entry-level roles,” Goldlist told blogTO.

“But as winning technology companies scale, they are not just training our junior talent to grow, they are also welcoming more talent into the tech scene. Those that aren’t in Canada yet, they want to be here and be part of this.”

Goldlist said Canada’s smart immigration policies have undoubtedly played a role in the community’s growth, while restrictive policies south of the border are pushing workers out of the U.S.

According to the Financial Post, many immigrant tech workers are purposefully flocking to Toronto to avoid the U.S. thanks to the Trump administrations’ strict immigration policies, including the suspension of H-1B visas in June which are usually given to thousands of skilled tech workers from abroad every year.

And some companies wisely took that opportunity to try and attract even more talented workers to the Great White North, such as Shopify CEO Toby Lutke.

If this affects your plans consider coming to Canada ?? instead. Shopify is hiring all over the world and we have lots of experience helping with relocation. Let us know at https://t.co/dmzfp4EwB9 https://t.co/yUUjoEt9gp

But Goldlist says Toronto’s growth isn’t just about what’s happening south of the border, it’s also about what the city itself has to offer.

“Once you’re part of the Toronto tech scene, you can actually feel the sense of energy and enthusiasm to build and grow together. Today’s technology professionals are going to turn into tomorrow’s tech founders — building new companies, creating new jobs, and powering even more growth to the sector here — you just know it,” he said,

And when the talent comes to the city, he said, companies inevitably follow.

“In the tech industry, talent is everything. Companies know that they can get access to world-class talent here in Toronto. And it’s not just the hard skills, it’s the Canadian culture that helps people work together to win together, and not just seek out chances to disrupt everything and everyone,” Goldlist said.

“World-class talent can choose to live anywhere, and I think they choose Toronto because of our education and health system together with all the important parts of a great city: opportunities to experience arts, culture, dining and nature.”

Goldlist also said he believes the city as a whole will greatly benefit from the increasing growth in the tech scene, and that Toronto is capable of avoiding the ensuing wealth disparities that have arisen in other tech hubs in North America.

“Toronto is going to see increasing levels of investment and innovation,” he said. “Although some tech hubs have seen incredible disparities in wealth and opportunity, Toronto has an environment where we can all ‘win together.'”