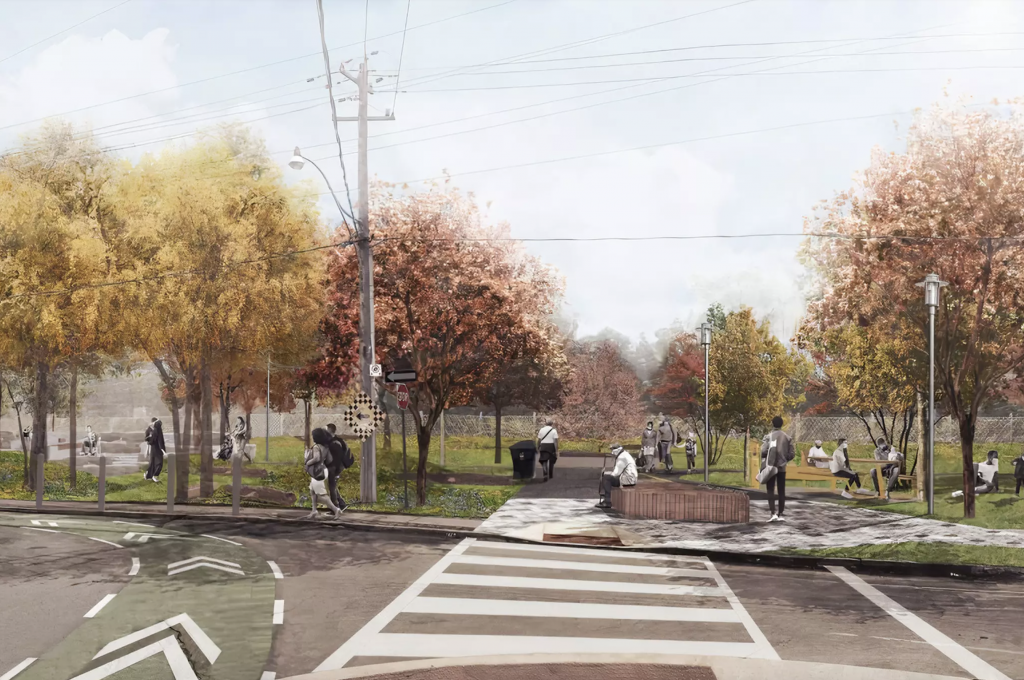 New York City’s High Line, the 2.5 km-long elevated park that has served as a renowned public attraction for more than a decade, is the inspiration behind a similar green space forthcoming in Toronto, for which a major update was just revealed this week.

Toronto’s very own “Green Line” has been in the works for years, and though it will not be raised upon an old railway track like NYC’s beloved greenway, it will be double the length and comprised of a whopping 45 connected and walkable open spaces along an existing electricity corridor that has not been used to its full potential.

Spanning all the way from around Davenport and Lansdowne to the northeast Annex, the linear park will start in the east with the newly-announced Macpherson Avenue Park, which will feature a small amphitheatre, seating, lanscaping, and even public fitness equipment at the corner of Macpherson and Davenport, just north of Dupont.

The space is the first of two confirmed parks along the line that are already underway, the other being the Geary Avenue Park at Ossington and Dupont, which is being expanded and linked to the nearby Barlett Parkette.

Ground is expected to be broken on both projects sometime in 2022 after the designs are finalized, while some portions of the line are expected to take up to 10 years to complete.

In all, the Green Line will feature community gardens, public art, off-leash dog areas, parking, walkways and bike paths, biodiverse native flora, wayfinding and historical signage, and more, all with a consistent design that incorporates concrete, wood and steel materials.

As with all such projects, the city will be holding a number of public information sessions to consult with locals about the work anticipated for each and every parcel of land along the route.

Within the coming years, residents may end up benefitting from the enjoyment of not just one, but multiple High Line-esque green spaces slated for the city.