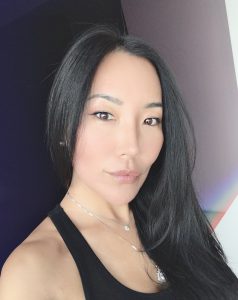 Stuck inside in the early days of the pandemic, Toronto-based digital artist Krista Kim started thinking about her dream house: floor-to-ceiling windows in the bedroom, a big curved couch for entertaining, lounge chairs outside—all its surfaces would shimmer in psychedelic gradient hues. Soon after, she designed a digital version on Unreal Engine, software used to build video games. Last week, Mars House sold on the art marketplace SuperRare for 288 Ether—or just over $650,000. It was the first virtual house to be sold as a non-fungible token, or NFT—basically, proof of ownership for an image, video or any other digital asset. Here, Kim explains what makes NFTs so valuable, plans for her furniture to be produced IRL and whether digital real estate will ever rival the actual housing market.

When someone buys a house, they get keys and a deed to the place. What does the Mars House buyer get?
He receives the NFT and 3-D files, which contain the architectural structure—but I retain the copyright. The buyer wishes to stay anonymous, but he’s attempting to amass one of the largest NFT collections in the world, and he wants to invest in artists who effect positive change.

Will the digital real estate market ever rival the actual housing market in value?
Mars House is not real estate. People seem to be confused about that. I have real estate agents and developers contacting me about collaborations because they think there’s a boom in digital housing. Mars House is a sculptural installation—it’s not utilitarian. Digital houses are works of art that you can admire virtually or apply as an augmented-reality skin to your existing house, and there will be a market for that. 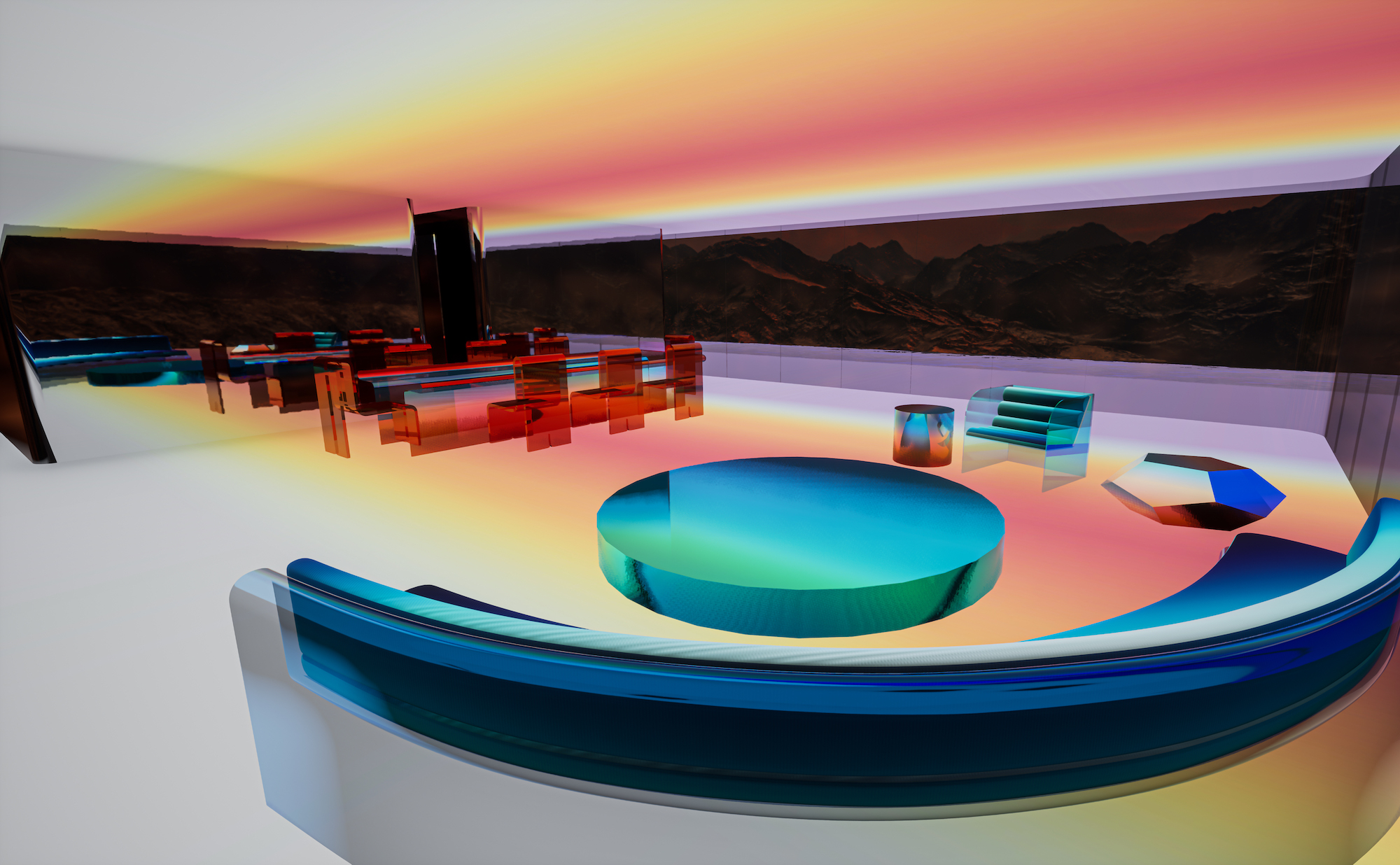 Mars House is about the same price as an IRL one-bedroom condo in Toronto. What makes these NFTs so valuable?
With the NFT, the idea is the asset. If there’s a revolutionary idea that can be encompassed into an NFT, then it becomes super valuable because an NFT is a mechanism for human ideas to be carried into the future. It will outlive any condo. It will outlive mountains. It will live forever.

Is there a chance NFTs won’t retain or appreciate their monetary value, though?
When you’re buying art, you never buy it simply for its value proposition. It’s always a risky purchase. NFTs have only been bought and sold for about five years, so this is an early space. We’re still figuring out who the key players are, and that will determine their value. 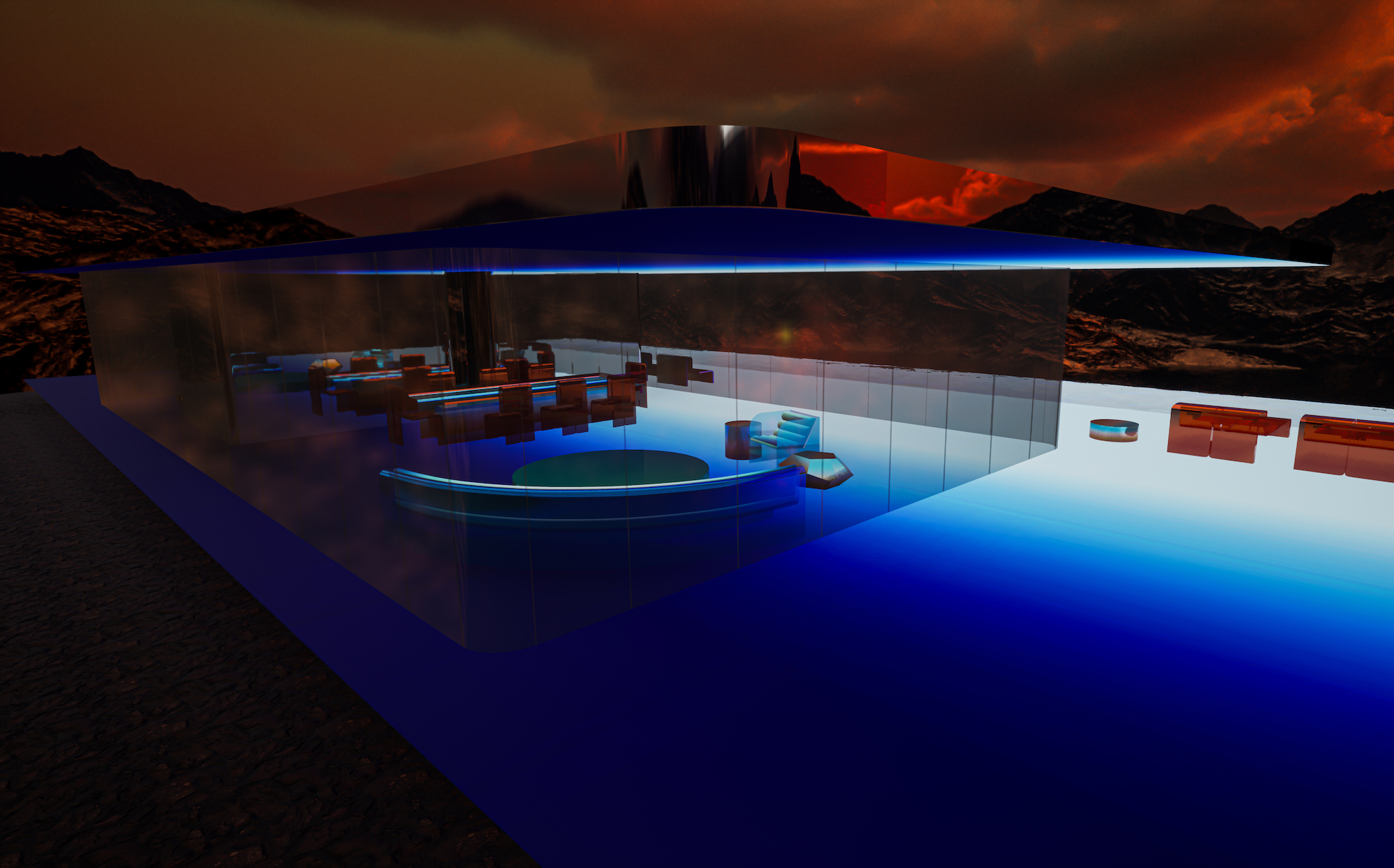 The NBA is selling basketball highlight reels as NFTs through NBA Top Shot. Will NFTs exist on a spectrum of low- to high-brow, like traditional art?
We shouldn’t define what an NFT is based on historical definitions of art. We have to think outside the box. Anything can be turned into a cherished work of art, as long as it’s a great achievement or a great idea. It has to have social capital. But there will be many collectibles cherished by their owners that will not go up in value or be on the auction block at Christie’s.

Will any part of Mars House ever exist physically?
All of the furniture in the house is being produced by the master glassblowers at Berengo Studios in Murano, Italy, who produce art for Ai Weiwei. We will offer these furniture pieces as physical artworks as well as NFTs. 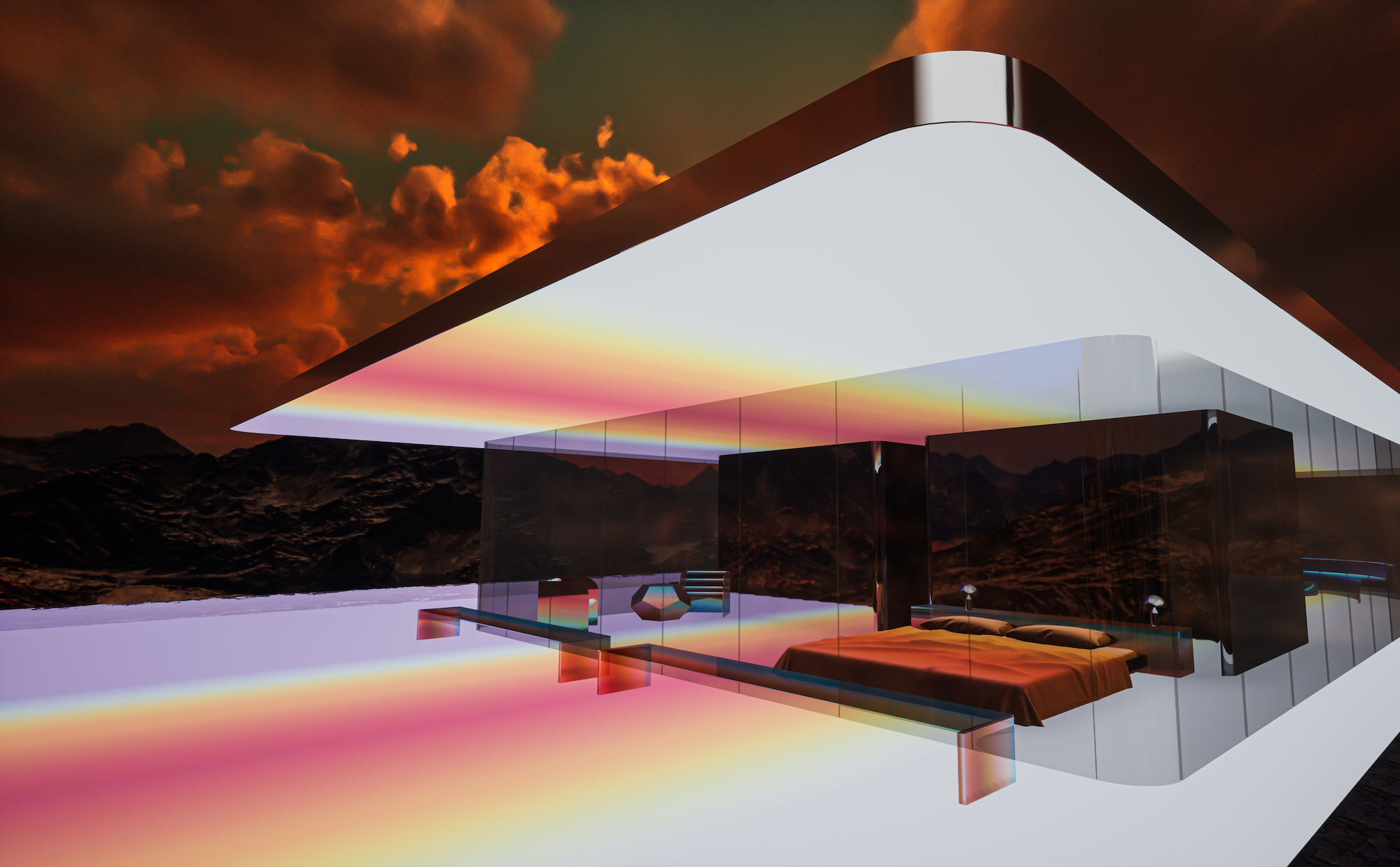 You’ve described Mars House as meditative design. What does that mean?
I started meditating twice a day during my divorce in 2013, when I was suffering crippling anxiety and depression. I transitioned from painting to digital art around that time because I realized cell phones were causing a lot of social disruption and cultural destruction. We are experiencing toxic sociopathic behaviour on social media platforms, which is causing high rates of depression and anxiety in Gen Z. I wanted to use the screen as a mechanism for healing and to teach people that you can actually purpose technology for the good of humanity. My vocation as an artist is to create digital Zen.

The soundscape that accompanies Mars House was produced by Jeff Schroeder, who plays guitar for the Smashing Pumpkins. How did you two team up?
Jeff DM’d me after reading about me on a transcendental meditation platform, and we started exchanging ideas. I asked him to create the soundscape for Mars House and was very honoured that he agreed. The majority of the proceeds from Mars House’s sale are going to fund our world tour—we’ll be touring a live sound and light healing installation all around the world, with giant LED walls featuring my work, and he’ll play his guitar. Our first installation will be at Fort York in August. After that, we go to Venice and Miami.

This interview has been edited for length and clarity. 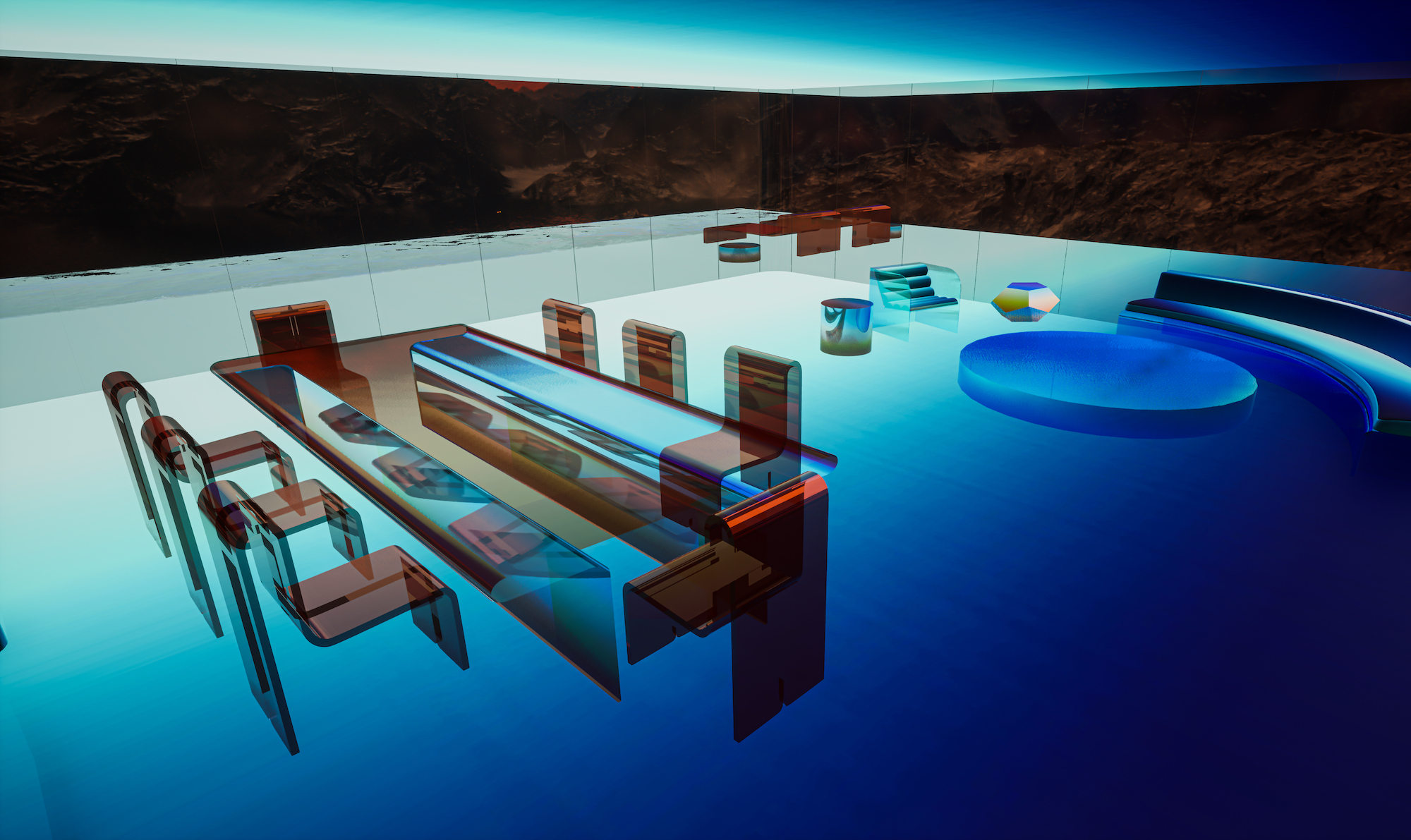